The Power of Limits

Harmonies in Nature, Art, and Architecture)

Purchase the book from amazon for around $21.00 The Power of Limits: Proportional Harmonies in Nature, Art, and Architecture

The Power of Limits by Gyorgy Doczi is for anyone looking for a more “advanced” book that talks about aspects of design that aren’t talked about a whole lot. Well, at least not in the depth that Gyorgy Doczi brings to the table. He went on an exhausting journey to discover patterns in nature, architecture, and everyday things.

The book starts out with the good stuff. With a diagram of a sunflower that shows the growth pattern and how that pattern relates to the golden section.

One of the coolest things that Gyorgy Doczi did was adding all of the amazing diagrams and examples. You could get a book with just these images alone and learn more than you would think possible. In this image (below) we see a shell and how nature has used the golden percentage of 0.618  over and over again to create this beautiful shape.

One thing that never stops to amaze me is how often nature used the golden number 0.618. From a flower to a shell and now as seen in the image (below) a frog.

The entire journey in the Power of Limits shows us time and time again how nature used these patterns over and over again. On the Back Cover, Gyorgy Doczi  states that “One of the delights of life is the discovery and rediscovery of patterns of order and beauty in nature.”

One interesting point in the book is the subject of these mystical patterns being used in old greek and roman buildings such as the Parthenon. I personally always knew that the golden ratio was used in the design but not to the degree that Gyorgy Doczi goes into.

In all The Power of Limits by Gyorgy Doczi is a must read for any designer that is looking for a more advanced and in-depth study guide on the golden ratio and its variations.

Review The Power of Limits

Summary The Power of Limits is for anyone looking for a more advanced book on the golden section and its variations. I highly recommend this book. 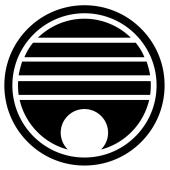 Brian W. is the Owner of Olympia Vapor Works & Olympia Graphics Company. With a passion for graphic arts and life.

A Primer of Visual Literacy